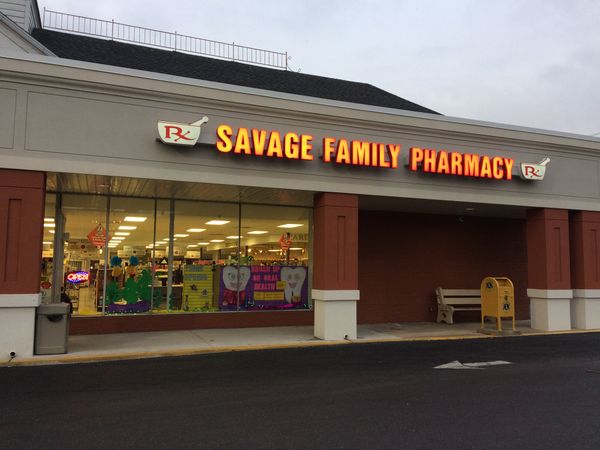 Savage Family Pharmacy has been a community favorite since 1922. By serving the community of Waynesboro, we pride ourselves on our quality of care and commitment to excellence. We believe the value of success comes from the impact we have on you. Our wide range of services are customized to meet your needs and our pharmacists are always happy to take the time to answer all of your questions. Visit us today and experience our commitment to you. 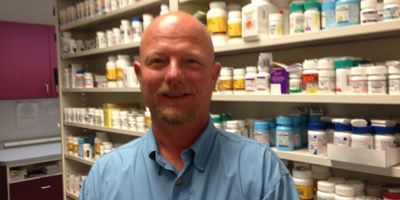 After serving three years in the U.S. Army, Rodger graduated from Temple University School of Pharmacy in 1989. He worked for Peoples Drug Store for two years before joining his father at Minnich’s Pharmacy in Waynesboro. In 1993, he became a partner in the store and in 1999 he purchased the store from his father.

Rodger moved the store to the current location in 2001 and changed the name to Savage Family Pharmacy. He went on to complete his immunization certificate through the American Pharmacists Association in 2011. In January of 2013, Rodger bought Carl’s Drug Store in Greencastle, PA.

In the community, Rodger has served on the Waynesboro Retail Bureau, Cumberland Valley Mental Health, Rotary Club of Waynesboro, and Waynesboro Hospital board. Currently, he serves on the boards of Summit Health, Summit Physician Services, and Quincy Home and Village.

Rodger lives with his wife Hannah and their 2 dogs. They have 2 grown children living in the Waynesboro area. Rodger enjoys hunting, gardening, and spending time with his family. 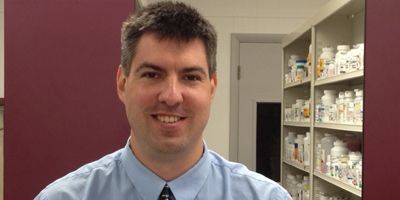 Born and raised in Waynesboro, Dr. Gossert is a 2000 graduate of Waynesboro Area Senior High School. He did his pre-pharmacy course work at Penn State Mont Alto and Hagerstown Community College and graduated from Shenadoah University Pharmacy School in May of 2008 with a doctorate in Pharmacy. Tom has worked at Savage Family Pharmacy since March 2001 working as a delivery driver, clerk, pharmacy technician and pharmacist. In 2010, Tom earned his Immunization Certificate from The American Pharmacists Association.

Tom served as board President of Hearthstone Retirement Home in Waynesboro, PA . Currently he is a board member of the Rotary Club of Waynesboro. In his spare time, Tom enjoys Penn State football. He currently lives in Waynesboro with his wife Jen and their dog Sasha. 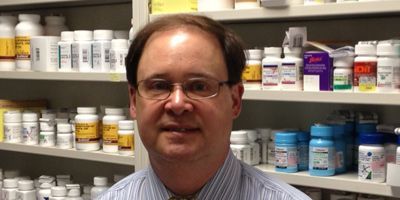 Terry began his pharmacy career with Rea and Derick Drugs in Waynesboro, in 1983. He was the Assistant Store Manager as well as the lead pharmacist. He left in 1985 to work with Eakle’s Drug Store in Hagerstown, MD (later known as NCS Healthcare). During that time he was staff pharmacist and Clinical Director at the pharmacy serving nursing homes, hospitals and institutions. He also was a nursing home consultant and Psychiatric consultant to Brook Lane Health Services and the Jefferson School. He still serves Brook Lane as their consultant pharmacist, a facility served by Savage Family Pharmacy.

In 2001 he was brought back to Waynesboro by Rodger Savage to work at the new location of Savage Family Pharmacy. Dr. Davis holds a B.S. Pharmacy degree and Doctor of Pharmacy degree from the University of Maryland. He has earned certificates in Immunization Delivery and Diabetes Management from the American Pharmacists Association.

He served as President of the Lunch Place board and Noah’s Ark Child Care board, both in Waynesboro and has also been involved with Waynesboro Human services. They have an adult daughter Emily and an adult son Alex.